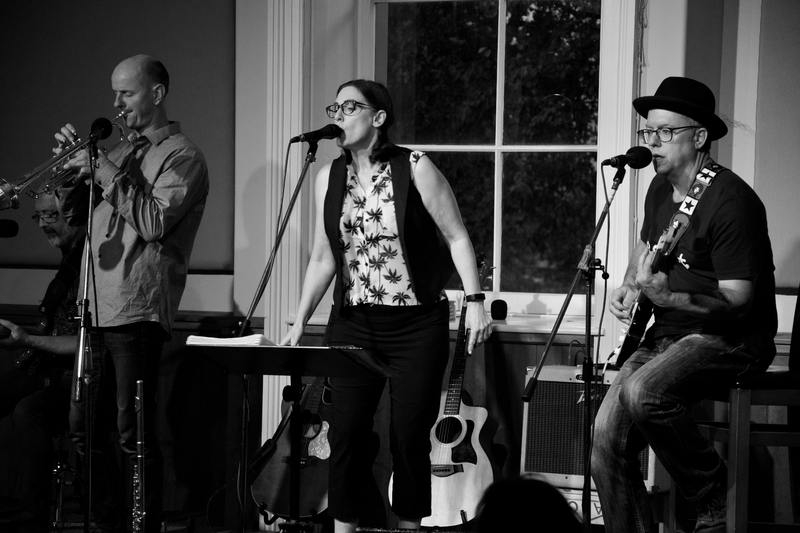 The Dee Street Band is a Dunedin-based band who play original folk, blues, rock, and protest music. The band first formed when Richard and Michelle Jackson lived on Doon Street in Dunedin. Dave Cox, the drummer, is also one of the original founding members. Bill Gilmore, keyboards, joined the band in early 2022. Kendall Henderson features regularly as a guest brass player and backing vocals. The band's songs reflect a life-long passion for social and environmental justice and making a better world. In mid-2022, Richard's brother Steve Wells (former member of well-known New Zealand band, Fur Patrol), offered to produce some of the band's songs. The songs are released periodically on SoundCloud.