What's on The Port Hillbillies 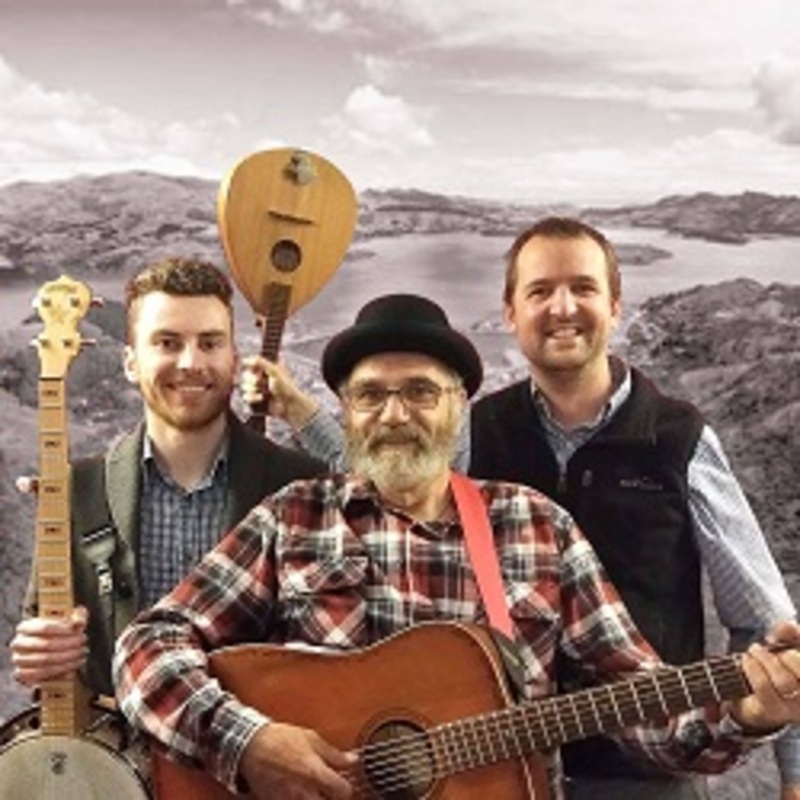 Emerging from the shadows of the Port Hills, one American, Justin Rogers on mandolin, guitar and vocals, one Aussie Gary Elford on guitar, acoustic bass and vocals. They meet up with a six-toed Kiwi singer, banjo and guitar player Steve Stern to share their love of Bluegrass, Old Time and Americana music.

Playing together now for over five years they have formed into a well-balanced instrumental and vocal trio, driven by Steve’s banjo playing and Justin’s sympathetic and innovative mandolin ornamentation. Gary’s contribution on guitar and bass pulls the whole thing together into the tight unit that is the Port Hillbillies. They play a range of songs and tunes from toe tapping recognisable standards to obscure songs from neighbouring genres that are given the Port Hillbillies once over.

The Port Hillbillies formed out of the Christchurch Folk Music Club’s open mic concerts in 2016, where the duo of Steve Stern (banjo) and Kris Brown (guitar and vocals) was joined by Gary always-looking-for-a-retirement-gig Elford and recent arrival Justin Rogers. The group started life as a four piece with guitar, bass, banjo and mandolin, getting together each Tuesday night to trade tunes. As with some good things, they often morph. The dark shadow of change was cast upon the group when the lead singer/guitarist (Kris Brown) accepted a job opportunity in upstate New York. The 3 remaining Hillbillies decided to continue as a trio based around guitar, banjo and mandolin.

The band’s set lists are based on the principle of shared vocals and variety in both instrumentation and style. While each player often plays to their strengths, a song is occasionally mixed up by rotating instruments, or swapping in a bass or harmonica for variety and a more textured performance.

The Port Hillbillies have been popular additions to various festivals over the last few years building up a wide band of followers from the deep south, where they have performed at the Catlins Bluegrass, Blues and Roots Festival and the Riverton Harvest Festival. Closer to home in Canterbury they have been in concert at the Christchurch Folk Music Club, Balcairn Hall, Oxford Town Hall, Lyttelton Farmers Market as well as the very popular Canterbury Folk Music Festival held every Easter at Waipara.